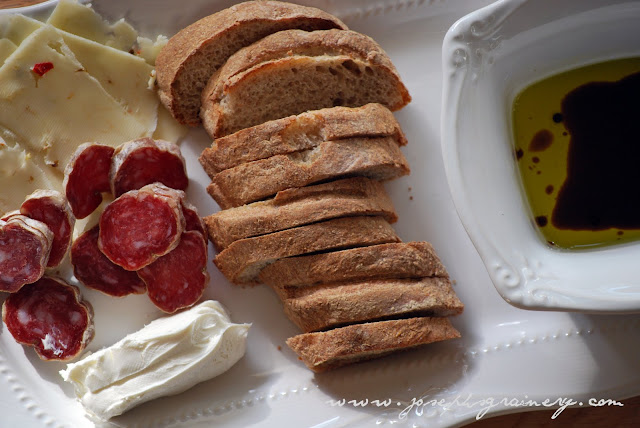 Multigrain baguettes sliced and served on an appetizer platter.

So, for some odd reason MaMa got a hankerin' to make multigrain baguettes.  When she gets it in her head to do something, you know it's gonna happen.  So we now have baguettes at our house.  It probably had something to do with the really nice salami she was given when she attended the International Food Bloggers Conference a little while back.  It was a perfect pairing for this flavorful artisan type bread. 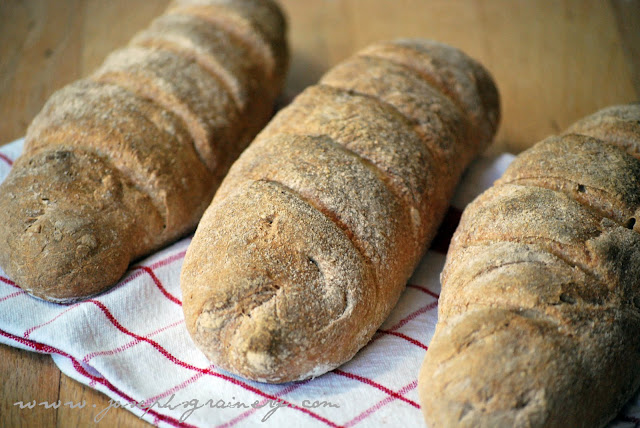 Unfortunately it's a little difficult to grasp the scale of these baguettes in this photo.  They look more like full size loaves of bread, but we assure you, they are not.  MaMa's laughing right now because she says a two year old shouldn't be concerned about the size and scale of homemade bread, but what can I say...I'm the son of an engineer and the grandson of a wheat farmer.

This recipe does take some time to rise.  You'll need to start the poolish (see below) the night before you want fresh baguettes.  MaMa tried to explain to me why we needed to let the dough rise, so to let her know I got the jist of it I said, "Bread go night, night...ssshhhhh".  We both laughed and she said I was right. 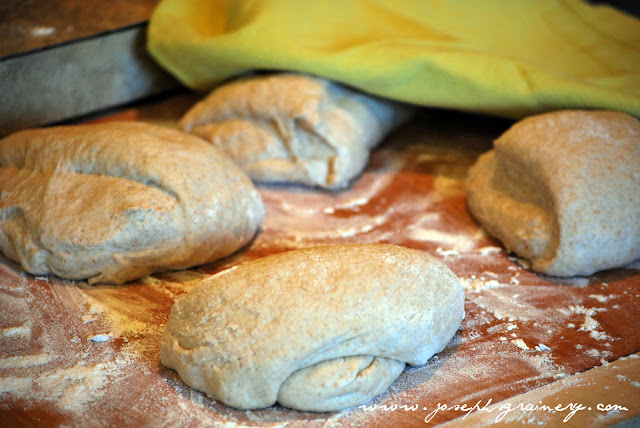 These are best eaten the day they are made, but we're still enjoying them a couple of days later.  Stay tuned for recipes to use with the baguettes. 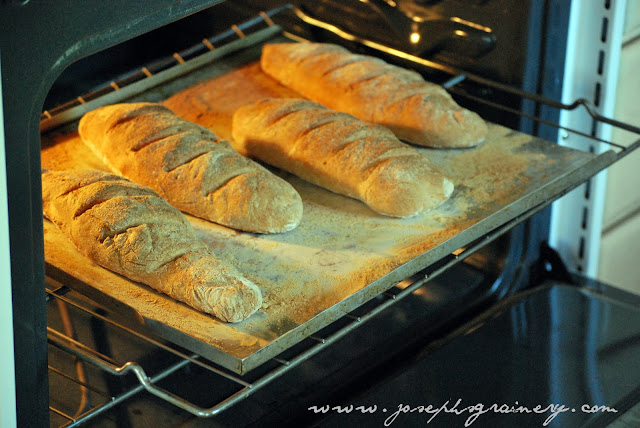 Multigrain Baguettes fresh from the oven.