My MaMa's Day on the Farm

Yep, that's right, my MaMa only got to work one day on the family farm...and she's been stuck in the office ever since.  :)  When my MaMa turned 16 she talked my Grandpa and Grandma into letting her drive truck for harvest because she needed a project to qualify for her State FFA degree.  My Grandma reluctantly agreed, because she knew the farm can be a dangerous place, and it proved that her mother's intuition was correct... 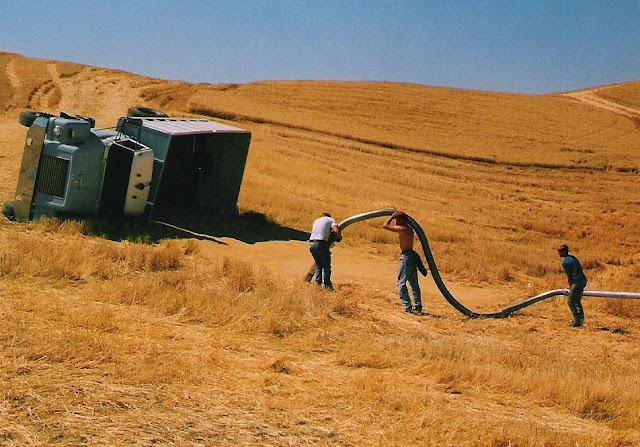 Yep, My MaMa and her cousin Brian rolled a truck full of wheat!  Talk about a wild ride.  Cousin Brian was supposed to be showing my MaMa how to drive the wheat truck that morning until My Grandpa could test her truck driving skills that afternoon.  Keep in mind that her Cousin Brian was the same age, but he'd been around the farm for a few years.  Well, they got headed down a hill to fast with a heavy load and my MaMa says the truck started bouncing.  They both hit their heads pretty hard and before they knew what happened the truck wound up on it's side. 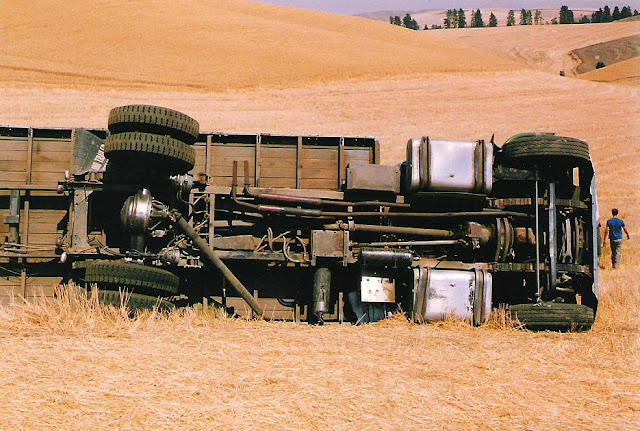 My MaMa says she remembers Brian saying in a terrified voice, "Oh, no....oh, no....are you bleeding....are you sure your not bleeding?"  It turns out one of them had Kool-aid packed in their lunch that day and it was dripping onto Brian.  Thankfully neither of them were hurt more than mild concussions and bruised egos. 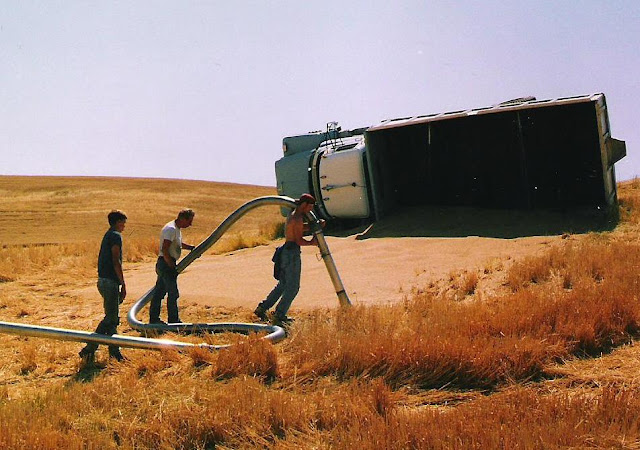 While they were laying there in shock and trying to figure out how they'd get out of the truck, Brian kept saying, "Uncle Bill is going to kill me!"  Not only had he wrecked the truck and dumped a load of wheat on the ground, he'd also wrecked the truck with the Boss' daughter on board.  Not to worry, my Grandpa didn't kill Cousin Brian, he just made him help with the clean up.  That's Brian in the blue shirt.  They came and sucked all the grain up with a huge vacuum! 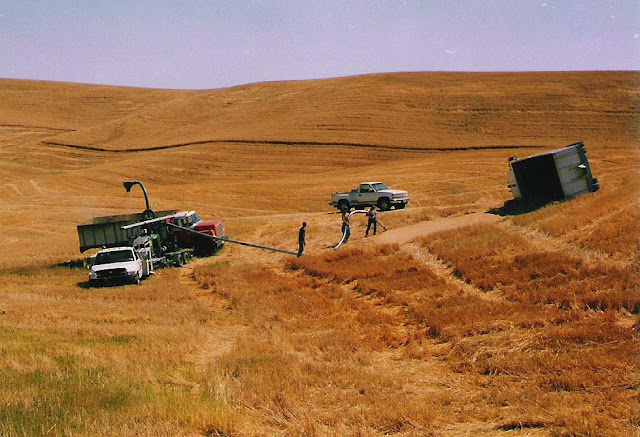 We don't mean to embarrass Brian by telling this story, but we thought it was a fun piece of our family farm's history.  It turns out that it wasn't completely Brian's fault anyways...there was something wrong with the truck that no one had realized before the accident.  My Grandpa told me what it was, but I can't remember now. 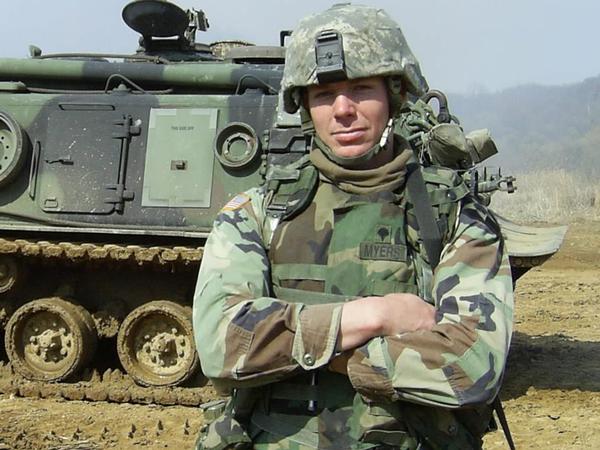 We couldn't be more proud of Brian for serving in our great Country's Armed Forces!  Thank you to all of our Troops and God Bless America!