We're breaking our own rules today....this recipe doesn't contain any whole grains or lentils [gasp].  MaMa says that's OK, because this Slow Cooker Apple Butter tastes absolutely devine on the Cracked Wheat Artisan Bread we posted about the other day.
When we were driving through the Central part of Washington State about a week ago, MaMa spotted a screaming deal on some apples, so she made DaDa pull over.  MaMa scored 10 lbs of Gala apples for $2.99!  To say she was excited would be an understatement.

Directions:  Peel, quarter and core the apples.  In a food processor, finely grate the fruit (in batches if necessary), then transfer to a slow cooker.  Stir in the brown sugar, salt and cinnamon.  Cover and cook on high for 4 hours. 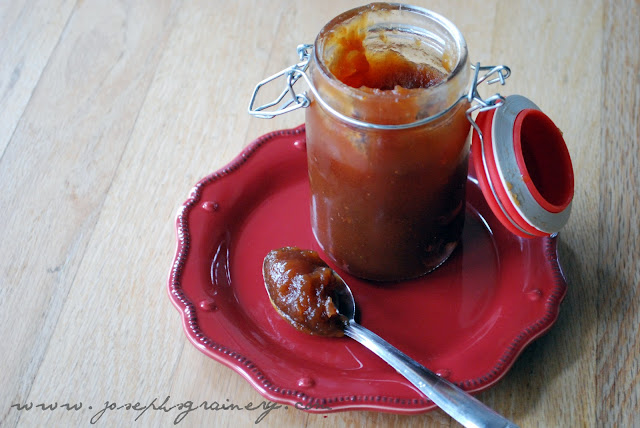