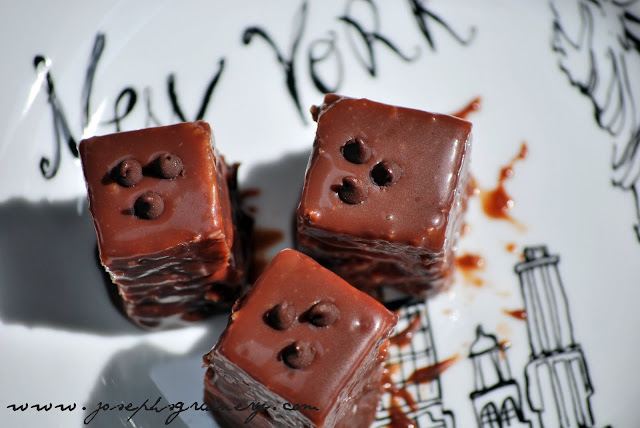 Yummmmm.  MaMa says I start drooling every time I look at these.  We all thought MaMa was a bit crazy for trying to make Petit Fours, but she was determined and she did it!  Petit Fours were the challenge she chose this month as a part of the Daring Bakers Challenge.  As always, her take on the challenge was to make the recipe with whole wheat flour instead of the all purpose flour the recipe called for.  She spent a lot of time making these little guys and to be honest, there were only a few that were photo worthy, so we won't be posting the complete recipe for the Petit Fours, we'll only be posting the recipe for the pound cake that was used.  We just wanted to show you how creative you can get.  Cooking with whole grains doesn't have to be boring. 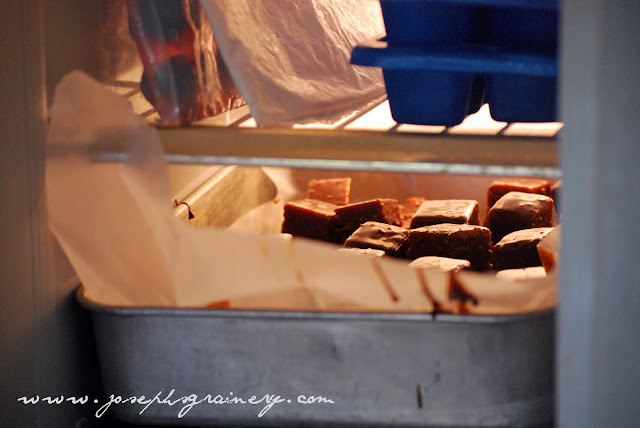 One of the issues MaMa had with making the Petit Fours was the beautiful weather we've been having.  It's just too warm to be working with ice cream and chocolate glaze.  The ice cream would melt too quickly and the chocolate glaze wouldn't thicken enough because of the heat...at least that's the excuse she's giving us.  So these little guys spent a lot of time in our freezer. 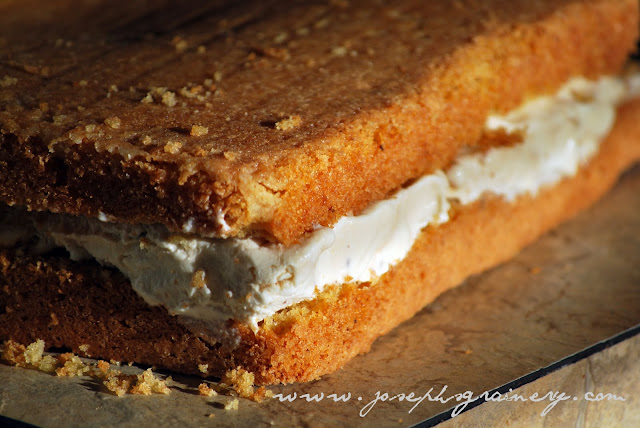 The pound cake that sandwiched the layer of ice cream was devine.  It smelled wonderful and it was complete torture that MaMa made me wait until the petit four were all done before I could try it.  So here's the recipe as we made it...

Directions:  Preheat the oven to 325 degrees.  Butter and flour a 9x9 pan.

Place the butter in a 10 inch skillet over medium heat.  Brown the butter until the milk solids are a dark chocolate brown and the butter smells nutty (and oh, does it smell good!).  Pour into a shallow bowl and chill in the freezer until just congealed, approx 15-30 minutes.

Beat the brown butter and sugars together until light and fluffy, about 2 minutes.  Beat in the eggs one at a time, mixing well.  Add the vanilla extract.  Slowly stir in the flour mixture at a low speed until just combined.

Scrape the batter into the greased pan.  Smooth the top by rapping the pan on the counter.  Bake until golden brown and when a toothpick inserted into the center comes out clean, about 30 minutes.  Allow to cool completely, so it won't crumble. 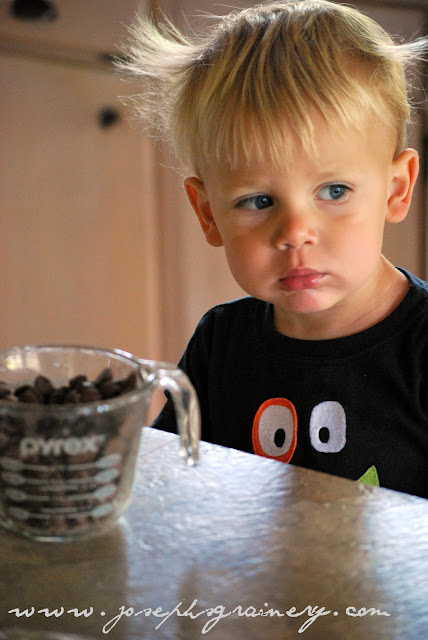 Is it done yet?  The pound cake itself didn't take that long, it was all the freezing that took forever.  MaMa started these on a Friday afternoon and didn't finish them until Sunday.  I sneaked a few chocolate chunks while MaMa was making the chocolate glaze.  I didn't think she saw me, but apparently her camera did.  Like my bed head? 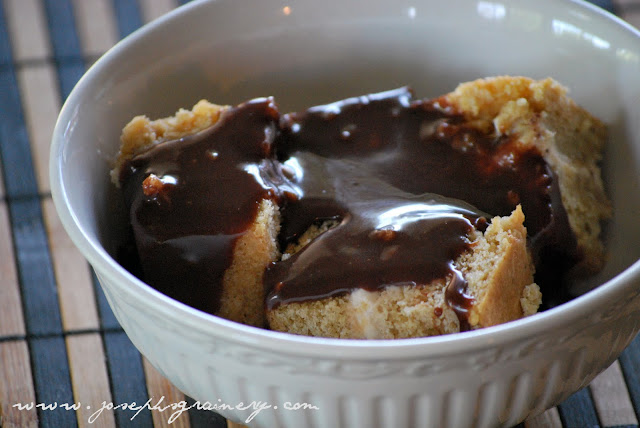 This was our preferred method for eating the scraps and any of the petit fours that melted before they were dipped in the glaze.  The extra glaze sure worked well as a hot fudge sauce.  :)